What is an EIR?

An Environmental Impact Report (EIR) is an informational document that discloses for the public and public agency decision-makers the potential significant environmental effects of a proposed project. An EIR also identifies ways to minimize those potential effects, including identifying a reasonable range of alternatives that would reduce or avoid them. Under the California Environmental Quality Act (CEQA) an EIR is usually prepared when a project will have a significant and unavoidable impact. The purpose of an EIR is to analyze and disclose a project’s potential effects on the natural and human environment and identify mitigation measures and alternatives to avoid potentially significant effects; however, an EIR can conclude that a project would have one or more impacts that cannot be reduced to below a level of significance. EIRs contain information about a variety of topics including potential effects on rare or endangered plants, animals, and habitats such as wetlands, effects on local residents from noise, air pollution, and wildfire risk that could be exacerbated by a proposed project, as well as effects to farmlands, forests, aesthetics, and the provision of utilities and public services such as police and fire protection. EIRs provide factual information that informs decision-making and educates the public.

How are EIRs prepared?

The preparation of an EIR is required when a discretionary project subject to CEQA may result in one or more potentially significant environmental effects that cannot be reduced to a less than significant level through project design features or the implementation of mitigation. The determination that there may be one or more significant effects is usually made during the preliminary review stage and may include the preparation of an initial study. The EIR, unlike other CEQA documents, requires that a lead agency identify and analyze feasible alternatives to reduce or avoid those potential environmental impacts.  The EIR is prepared by or under the direction of the Lead Agency and can be entirely drafted by consultants. When a lead agency embarks upon the preparation of an EIR, it first issues a Notice of Preparation, announcing that an EIR is going to be prepared and soliciting input from the public and public agencies on the scope and content of the analysis.

Following the preparation of a Draft EIR, the document is usually published for a 45-day review period to allow the public and agencies time to review and comment on the analysis and conclusions.  Following the 45-day public comment period, the lead agency provides a written response to all comments regarding significant environmental issues and publishes a Final EIR which includes the Draft EIR, any comments submitted on the project and responses to those comments, and any changes or information added to the EIR in response to the comments. The Final EIR is then presented to the   decision-making body for certification. In certifying an EIR, the lead agency is stating that it reviewed and considered the information contained in the final EIR and that it reflects the lead agency’s independent judgment and analysis, even if the document was prepared by a consultant. After certifying the EIR,  the  project is then considered for approval by the decision-makers (planning commission, city council, board of supervisors, for example).  When the decision-makers decide to approve a project that would result in significant impacts that cannot be mitigated to a less than significant level, the decision-makers must adopt a statement of overriding considerations, which sets forth the specific social, economic, legal, technical, or other benefits to substantiate the decision to move forward with the project despite the unavoidable significant environmental effects.

CEQA allows for a wide variety of analyses that can be used to evaluate and disclose a project’s potential impacts.  EIRs are generally the most extensive CEQA document, but there are several other documents that are commonly prepared based on the type of project, required approvals and the existing conditions of the project site:

EIR – Environmental Impact Report: a report prepared if there is substantial evidence that a project may have a significant effect on the environment as defined by CEQA.

IS – Initial Study: an IS is a preliminary analysis conducted by a lead agency to determine if a project may have a significant effect on the environment. The initial study aids in determining what type of environmental document to prepare.

ND – Negative Declaration: a document stating that upon completion of an initial study, there is no substantial evidence that the project may have a significant effect on the environment. (i.e., preparation of an EIR is not required)

Additionally, there are several streamlining procedures that involve various levels of environmental documentation and analysis that may be available depending on project details.

To find out more, read about CEQA compliance.

What do LOS and VMT mean?
What are Greenhouse Gases (GHGs)?
What is a Visual Simulation?
What are Carbon Offsets?
5 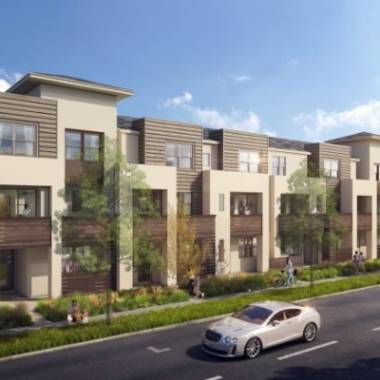