Does CEQA Protect the Most Vulnerable?

What is environmental justice?

How does CEQA come into play?

How has environmental justice legislation changed in recent years?

Despite these successes, environmental justice is still not an official concept under CEQA.

Finally, under AB 52 and SB 18, CEQA requires that projects and General Plans, respectively, undergo a tribal cultural resources review, where cities must consult with tribes and make a “reasonable effort” to come to a mutual agreement when handling project sites and planning areas that may contain tribal cultural resources. These pieces of legislation are first steps in addressing environmental justice in terms of indigenous sovereignty.

Despite these successes, environmental justice is still not an official concept under CEQA. Some CEQA processes can even be harmful in regard to environmental justice. A local government body, for example, can still approve a project that illustrates significantly harmful impacts by adopting a Statement of Overriding Considerations. A community can take legal action in response, but some communities may not have the time, resources, or language skills to engage in a lawsuit. Therefore, this loophole can be more easily utilized in communities under economic distress. That is not to minimize the capabilities of marginalized peoples, as their resistance has produced better food access, stopped the construction of many toxic facilities, and pushed for all the existing environmental justice legislation we see today. However, wealthier and well-connected neighborhoods have historically had greater success in halting projects that are considered undesirable.

Should this be a community’s predicament in California, the 5th richest economy in the world?

Those who support developments (e.g. decision-makers, applicants, local residents) that just so happen to harm the health of poor communities and communities of color may argue that they will stimulate the economy with job opportunities. For example, despite its known health impacts on its surrounding community, the Chevron refinery in Richmond California provides more than 3,000 jobs. However, this argument normalizes a plight in which people living within disadvantaged communities must choose between financial security and good health. Should this be a community’s predicament in California, the 5th richest economy in the world?

In addition, developers may say that harmful projects must go somewhere, and that financials, logistics, or political feasibility drive the decisions to locate unsafe or toxic projects near communities where the property is cheaper and public opposition is less likely. This logic is sound in terms of the EPA’s current definition of environmental justice because the discrimination is not intentional. However, when we treat environmental justice as outcome based, this logic does not stand as poorer communities may be disproportionately affected.

Where are there opportunities for growth?

If the state of California intends to center environmental justice in its environmental policy, CEQA reform is a great next step. However, truly meaningful reform will be accompanied by a more equitable distribution of resources overall.

The views and opinions expressed in this article are solely those of the original author. These views and opinions do not necessarily represent those of FCS, and/or any/all contributors to this site. The author would like to acknowledge her white privilege and her class privileges. The author would like to clarify that the opinions expressed in this article come from research, rather than firsthand experience.

FirstCarbon Solutions [FCS]  has more than 30 years of experience navigating the complexities of CEQA and securing project approvals. Contact us for a free consultation to learn more about how we can help with your specific requirements.

Find out more about our CEQA/NEPA Compliance services here. Maddie Dolan returned to FirstCarbon Solutions (FCS) as an Environmental Services Analyst in October 2020 after interning for the company in 2019. In May 2020, she graduated from the University of California, Berkeley with degrees in Environmental Economics & Policy and Society & Environment. She held positions as UC Berkeley Panhellenic Vice President of Sustainability and Co-President of “Greening the Greeks.” Before working at FirstCarbon Solutions, she interned for Bay Area Green Tours in Oakland and for Global Green Economic Forum in Singapore. Maddie is passionate about Environmental Justice as it relates to public policy and social movements. 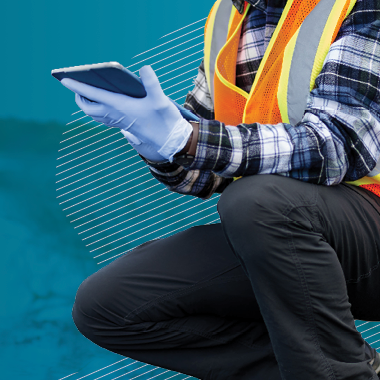